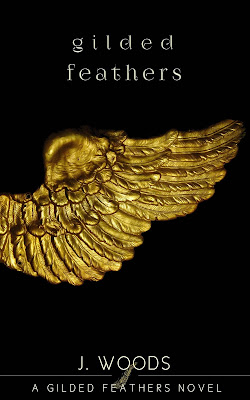 BOOK DESCRIPTION:
An alluring choice.  A fantastical revelation. But what if it changed... everything?

Familiar with the art of the nightmare, twenty-two year old university student Cole Evans can’t help but feel a deep connection to the horrifying illusions of her slumber.
Irrevocably drawn to obscure fantasy, Cole faces a defiant temptation of romance and her first encounter with the mysterious Drex. Covered in tattoos, she unexpectedly finds herself attracted to his dark magnetism and emerald eyes. Before her life takes an impossible turn.
Uncovering Drex’s true Guardian identity, she is forced on a terrifying journey through the stars into his world - one that brilliantly weaves together the struggle of danger and desire. And the impossible reality of gilded feathers.

EXCERPT:
I stood dumbstruck standing in the doorway – a vehemence of emotions racketing through me. The words human girl flashed on repeat behind my eyes – my knees felt weak as I gripped the cool surface of the counter top beside me. “I am done with this conversation, whatever it is that is brewing, let it. I’m going back to bed.” He let out a frustrated growl and put his phone in his pocket. His back still toward me, he swiped his hands over his face as I took in his bare chest and feet, clad only in jeans. I moved robotically, stealthily through the screen door. He turned around to find me standing on the small deck, a look of horror stilled on his face. I looked down his bare upper body out of habit and noticed the heart of his tattoo was luminous in a deep red. My eyes stayed on this spot until I dragged them back up to meet his.
“I think it’s time you tell me where you went.”

ABOUT THE AUTHOR:
J. Woods is a Toronto based writer, mother, and non-conformist. She lives between the space of her green tea and humming laptop when she isn’t chasing after her free spirited daughter. She has studied too many things to count including radio broadcasting and entrepreneurship. Grasping at sanity, she realized writing stories about her insane thoughts was easier than explaining them to a doctor. Not to mention cheaper.
Discover other titles by J. Woods at caesarsandstraws.com

a Rafflecopter giveaway
Posted by Verna Loves Books at 12:35:00 AM 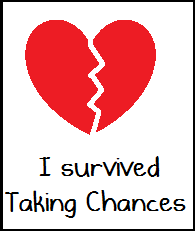